Cybercrimes and COVID-19: What You Need to Know

Cybercrimes are a constant threat as criminals seek to take advantage of online users. The COVID-19 pandemic is no...

Cyber crimes are growing at a rapid pace. Below are cyber crime statistics you should know about: 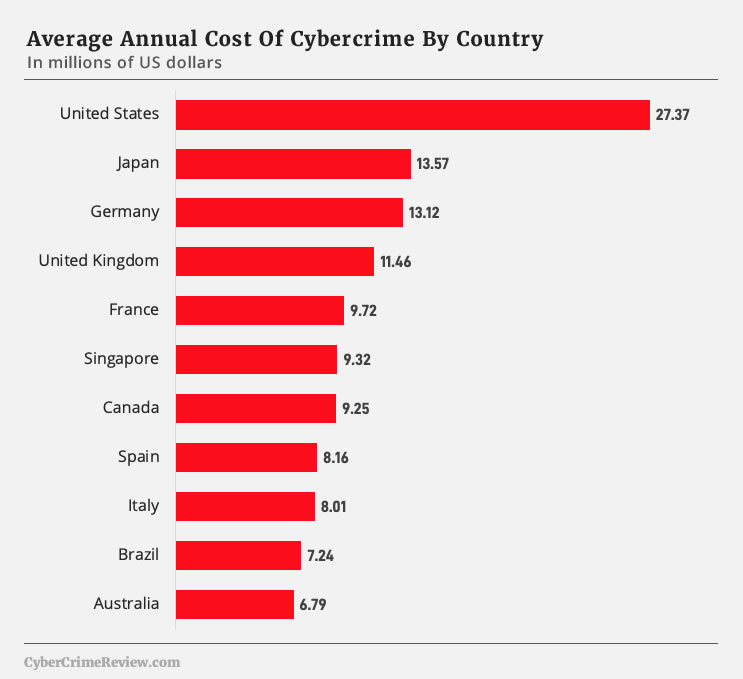 The United States leads the way when it comes to cybercrimes by country. 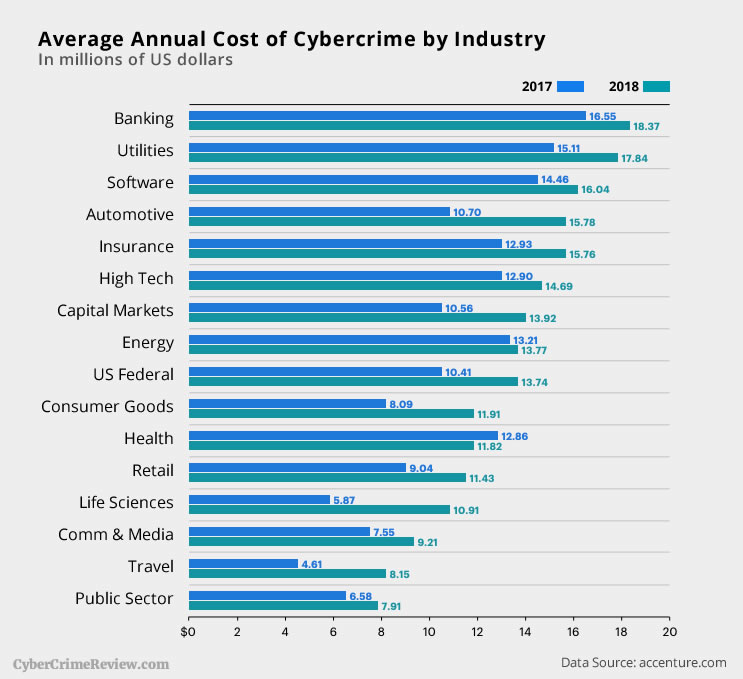 As we can see, the annual cost of cybercrime is growing in all sectors. Understandably, the industry ranked #1 for annual cybercrime by volume in 2018 is the banking industry.

Comments 0
There are currently no comments.